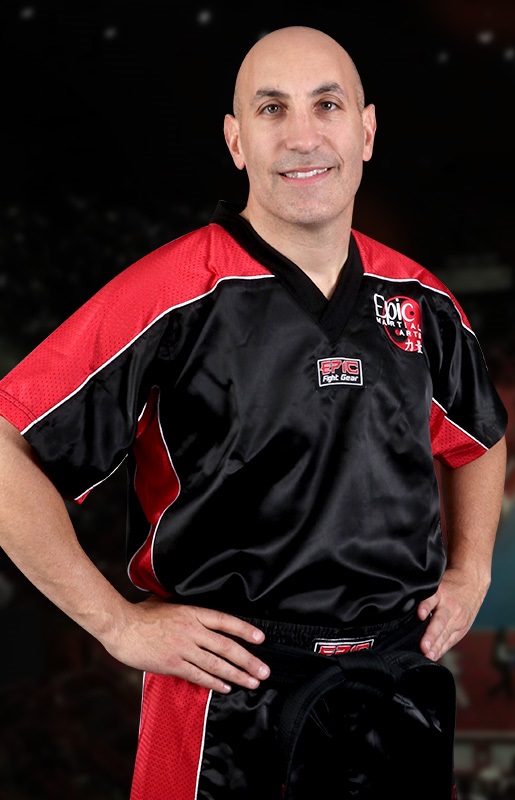 Sensei Nicholas DeLuca is the Owner and Head Instructor at Epic Martial Arts. Sensei Nick began training with his sisters in 1988, and continues to share his love for Martial Arts with his family. In 2003 he opened his first Martial Arts school location located in Hicksville NY with his wife, Sensei Stacey DeLuca.

He is a police officer and graduated top of his recruit class as "Best All Around Recruit" at the Westchester Police Academy and continues to excel as a Police Officer receviing awards like "Police Officer of The Month. He was later assigned as the Juvenile Officer for the role and changes he made in the community. He was later designated as the Juvenile Detective for the police department, invesitating juvenile crimes and conditions. He has been certified as a NYS General Topics Instructor, FBI Firearms Instructor, NYS Defensive Tactics Instructor as well as many others. He was then promoted to Police Sergeant where he serves as the Patrol Sergeant with ancillary duties of the Juvenile Sergeant."

Sensei Nick has been a dedicated student since his childhood. He has competed in local, and national tournaments, with top Martial Artists from around the world. He was also an assistant trainer for Chuck Norris’s World Combat League http://www.wcl.com.

Despite Sensei Nick’s success as a Martial Artist himself, he is most proud of his students and giving back. He enjoys working alongside his family to motivate children and adults to accomplish their goals, both in and out of the Dojo.